In just two days, the “Advance VK0EK Team” will board planes for their flights to Cape Town, South Africa. Our Cape Town Team Leader, Paul, ZS1S has provided invaluable help with logistics. and our container has been in bonded storage for quite a few weeks already.

One very interesting fact is that VK0EK Team Member Dennis, ZS1AU has earned the very prestigious DXCC Top of Honor Roll award in 2014, and we would like to congratulate him. Here is the full story:

One interesting statistic regarding DXCC #1 Honor Roll is that if you started DXing in the year 2000, and you worked Kingman Reef (K5K), then VK0EK would be the one to get you on the Top of Honor Roll. That means you would not have missed one along the way, which would be quite some feat – but it would be possible. There are several who will qualify for Honor Roll and #1 Honor Roll when they work VK0EK:

I have been in touch with Tom, ZS1AFS on the West Coast morning Long Path on 20M, and have also contacted several hams in South Africa on the 40M Long Path as well. This path is 215 degrees from my QTH, and while its the Long Path to South Africa, its also the short path to Heard Island! 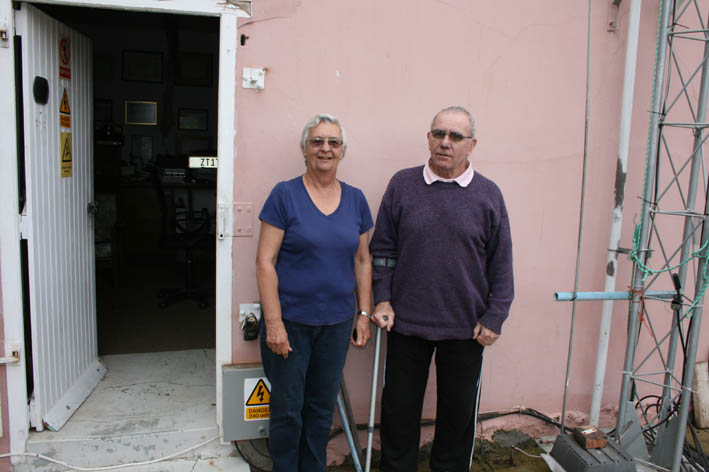 This is my favorite path – its always wonderful to hear Tom’s booming S9 +20 dB signal along the “215 Degree” path from the San Francisco Bay Area.

The team also looks forward to meeting Pierre, ZS1HF who gave most of us Marion Island when he was ZS8M.

Barry has been one of our very first VK0EK Sponsors / Supporters

We would like to thank our South African Team for all of their help and we look forward to meeting them in Cape Town as the entire team arrives in Cape Town this coming week.