After yesterdays call for Your Stories, here is the list (not in any particular order):

Those who have made #1 Honor Roll with VK0EK: 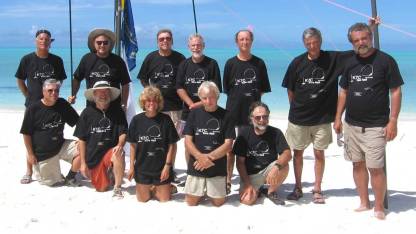 Alan – K6SRZ – back row all the way to the left – with Cordell’s K7C Kure DXpedition!

Those who have made Honor Roll with VK0EK:
Even as a seasoned DXer, I found the info on your “How To Work Us” pages quite helpful/useful…if only to confirm what I was thinking/planning.  I was able to log VK0EK on 30m within your first 1,200 Q’s for MY LAST ONE (#1 Honor Roll).
Thanks again!
73 – Glenn, K2FF
James Nail, WA2MBP just made Honor Roll with his VK0EK QSO: 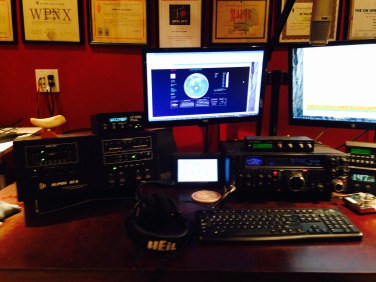 Will, K6ND has a great “flashback” picture to share: 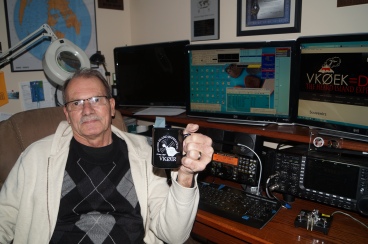 You could say I have held  Heard Island in the palm of my hand, but no luck until yesterday’s contact made it #340 overall. I have had the pleasure of sharing operating with Ralph – K0IR who was a key member of the VK0IR effort. I have seen many of the photographs from that DXpedition, and in one Field Day, Ralph told me the 40 meter yagi I was assembling, was the one used on Heard. If only I could have turned that yagi into a QSL card for myself! Rolling a few years forward, I had the pleasure of Bill AE0EE operating at my station. (See picture). When I found out he was joining the Heard effort, I was excited to have an “inside contact”, (as if that would really make any difference). I am thrilled to be in the log so soon in the expedition. Stay safe and have fun. Mark – WA0MHJ 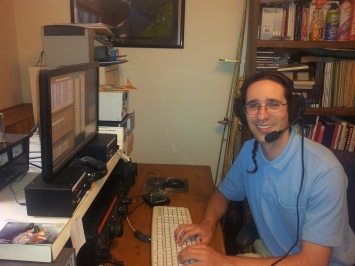 I would love to be able to say that Heard took me to top of the honor roll but, alas, it was my next-to-last.  I was in one of my inactive periods the last time Heard hit the air, to the detriment of my entity count. Now, I can only hope that a DXpedition to Bouvet will happen before I send my last di-di-di-dah-di-dah! This Heard contact will put me at 350 credits (339 current).

I can’t begin to adequately express my appreciation for the crew.  They’ve put themselves through a lot to make magic happen for us DX’ers!  Toward the end of the run it gets tough! 73, and a major thank you and pat on the back to every person involved in this!

Did I miss anyone?

10 thoughts on “Your Stories!”